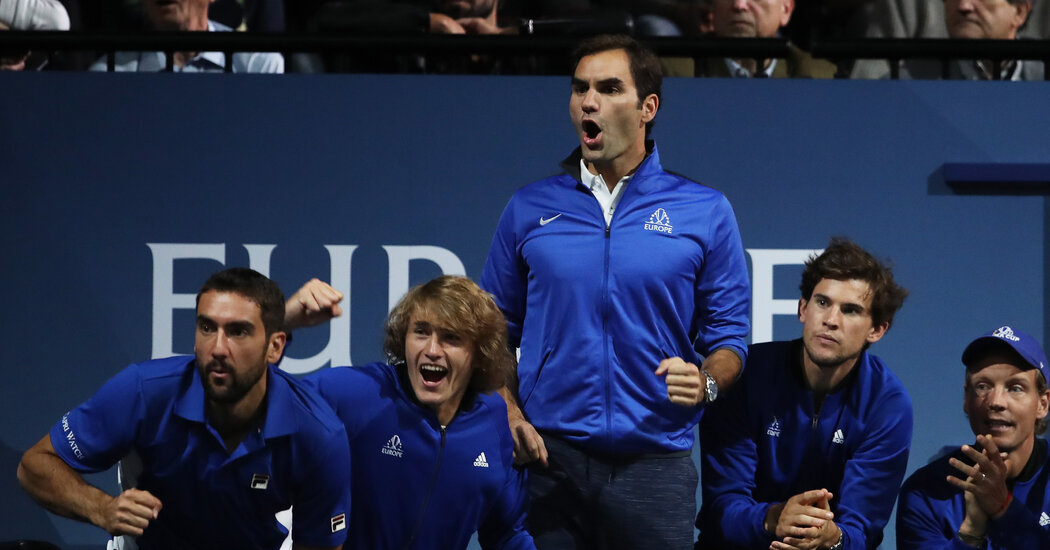 He helped create it in 2017 and plans to stay involved after he retires.

Roger Federer has always been a student of tennis. While still a teenager more than 20 years ago, Federer was interested in who the sport’s great historical figures were, what they won and how they styled their strokes.

Federer latched on to Rod Laver of Australia, who is the only tennis player to win the Grand Slam — Wimbledon and the Australian, French and United States championships — twice, in 1962 and 1969. Federer’s own play is reminiscent of Laver’s with graceful groundstrokes followed by explosive but perfectly timed forays to the net.

It was with a nod to Laver that in 2017 Federer helped create the Laver Cup, an exhibition team competition featuring six top male players from Europe facing off against six from the rest of the world. The event has been held in Prague, Chicago and Geneva. After a year’s hiatus because of the pandemic, it will be held Friday to Sunday at TD Garden in Boston.

“In our sport, we don’t have enough of a platform for former great players, legends of the game,” said Federer by telephone from his home in Switzerland, where is rehabilitating from surgery on his right knee that forced him to miss the U.S. Open. “If you look at golf, they have a wonderful way of going about it. Former players are always around, always welcome and always advising the younger ones. Having an event like the Laver Cup is a way to shine a light on the legends like Rod Laver and many, many others who paved the way for us.”

Federer, together with his longtime agent Tony Godsick, has done his part to link some of the best in the game, past and present, through the Laver Cup. His two captains are Bjorn Borg, winner of five straight Wimbledons and six French Open titles, and John McEnroe, who won the U.S. Open four times, and three Wimbledon championships. The vice captains are McEnroe’s younger brother Patrick, an Australian Open semifinalist in 1991, and Borg’s Swedish compatriot and former world No. 4 Thomas Enqvist.

Borg’s European team has six players ranked in the top 10. They are No. 2 Daniil Medvedev, who won the U.S. Open this month, defeating Novak Djokovic; No. 3 Stefanos Tsitsipas; No. 4 Alexander Zverev; No. 5 Andrey Rublev; No. 7 Matteo Berrettini; and No. 10 Casper Ruud.

McEnroe’s Team World has No. 11 Felix Auger-Aliassime, No. 12 Denis Shapovalov, No. 15 Diego Schwartzman, No. 19 Reilly Opelka, No. 22 John Isner and No. 95 Nick Kyrgios. All of them take turns competing in 12 singles and doubles matches in day and evening sessions throughout the weekend.

Opelka is playing the Laver Cup for the first time. He has wanted to play for a long time.

While it appears on paper that Team Europe, with the more highly ranked competitors, has an advantage, the format of the event is a great equalizer. There are singles and doubles matches, and point totals are cumulative with one point awarded for each win on the first day, two points on the second and three points on the third. Players on the winning team, the first to 13 points, each receive $250,000 in addition to appearance fees that are based on a player’s ranking.

In 2017, Federer beat Kyrgios 11-9 in a match tiebreaker to seal the win for Team Europe. Then two years ago, the European team won for the third straight year when the world team led going into the last two matches, but then Federer beat Isner 6-4, 7-6 (3) and Zverev knocked off Milos Raonic in the final match 6-4, 3-6, 10-4. At Laver Cup, a super tiebreaker is played in lieu of a third set.

This year, Federer is unable to play. Also absent are Rafael Nadal and Dominic Thiem, both of whom are injured. Djokovic, who represented Europe in 2018, declined to participate.

“Obviously we’re missing the top three guys, but our team is one of the strongest I think we’ve ever had,” said Zverev, who, along with Isner and Kyrgios, are four-time Laver Cup competitors. “We have all the young gun generation guys, which is great to see. Everybody is very motivated. It’s going to be a fun, entertaining week for all of us.”

In a business sense, it is hard to argue with having so many top players facing off in multiple matches over three days.

“We knew from the beginning that this event would be a success,” Godsick said. “The secret sauce is the format. It just works because so many matches come down to the wire, or what we call the Laver Breaker. It makes it more interesting for the players. There’s more peer pressure when you’re playing against your biggest rivals while your other rivals are cheering you on.”

Federer has been intrinsically involved with Laver Cup from its inception. He fretted in Prague the first year when he was not sure that fans would show up for the first match at 11 a.m. (the arena ended up being packed). He worried when Nadal hurt himself and pulled out on the last day in Geneva in 2019 and then had to deal with an irate John McEnroe, who wanted to make his own last-minute player substitutions. But mostly he had fun when he got to play doubles with Nadal for the only time in their careers.

“Of course, the doubles with Rafa was truly special because there was so much hype that came before it,” Federer said of the match in Prague in 2017. They beat the Americans Jack Sock and Sam Querrey 6-4, 1-6, 10-5.

For Federer, the real allure of the Laver Cup is the camaraderie among players, who usually stare at each other across the net rather than sit side by side on comfortable benches. Even as his playing days wind down, Federer is sure he will continue to support the event.

“I definitely see myself being involved,” he said. “I’d love to be the captain one day. I think it’s a beautiful way of getting the rivals to coexist for a week together. It really is truly fun and cool to share the locker room with these guys who you usually share it with, but don’t talk tactics and see how everybody prepares and actually support one another. Normally you don’t cheer against each other, but you don’t really mind if they win or lose. This time it’s very different.”

And as for having the game’s past champions, including the 83-year-old Laver, attend each year, that is what Federer wants.

“This event is a get-together,” Federer said. “That’s what I wanted it to be. It’s the wisdom, the stories, having legends tell stories to the younger generation. I’m happy being on those teams, listening to Bjorn, seeing John, seeing Rocket [Laver] and watching the youngsters learn from the elders. It’s passing down the wisdom.” 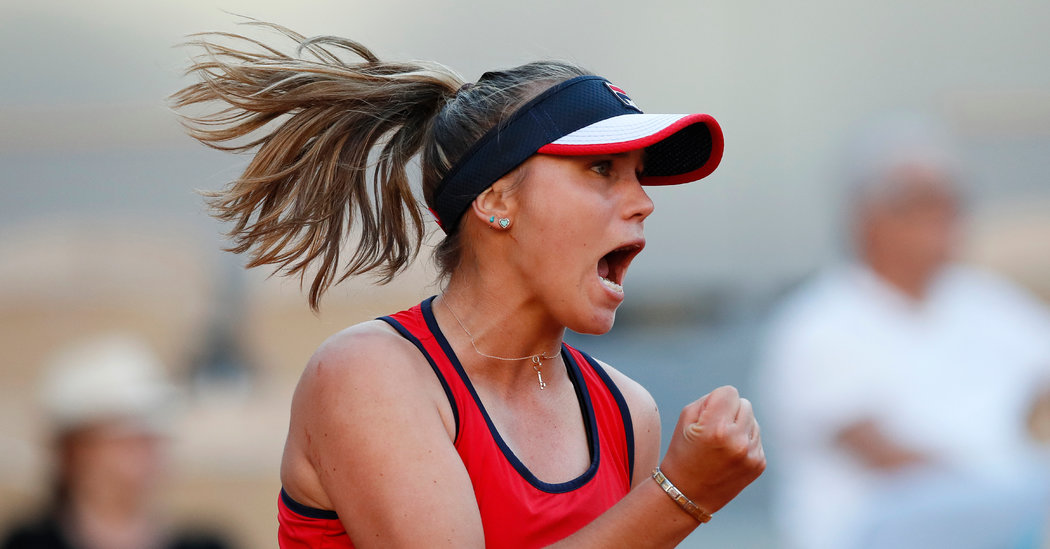 The Style of Sofia Kenin, Australian Open Finalist: ‘She Goes for the Jugular’ 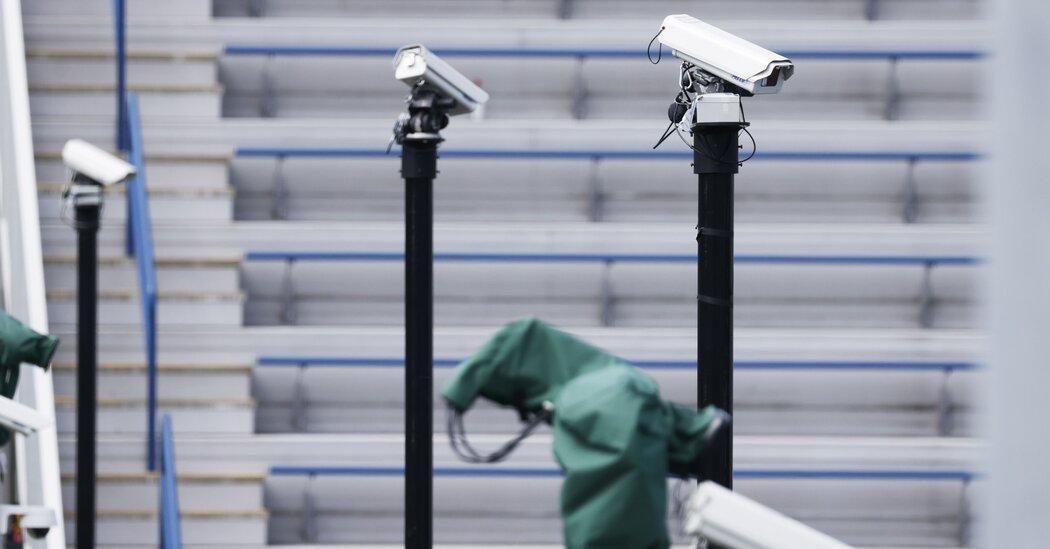 Automated Judging Has Changed the U.S. Open. Except in a Crucial Moment