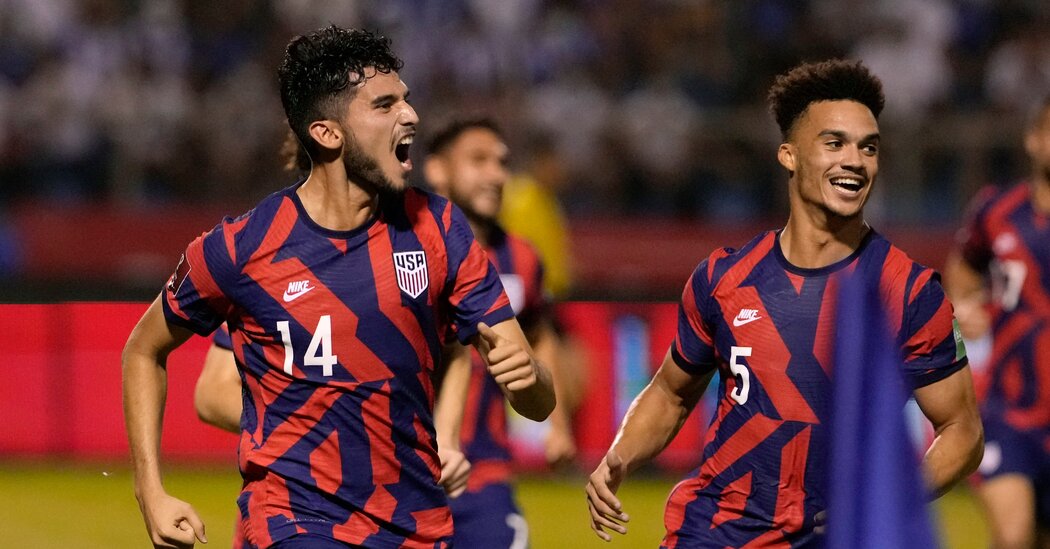 Illnesses, injuries and a suspension marred the start of World Cup qualifying. A trip to Honduras offered a chance to right the ship.

SAN PEDRO SULA, Honduras — For even the most assured players and talented teams, a maiden journey into the heightened drama of the World Cup qualifying tournament in North and Central America can feel like splash of cold water to the face.

Here, world rankings have a way of losing their meaning. Club pedigrees and players’ salaries can quickly be forgotten. It is a rude awakening, a rite of passage. And the United States men’s soccer team is experiencing it yet again.

Beginning last week, the Americans embarked on a three-game series of qualifying matches over seven days that they hoped would establish a baseline state of confidence for the long path to the 2022 World Cup in Qatar. Much of the last week had, instead, left them looking frazzled and unsure.

After draws in their first two games — on the road against El Salvador and at home against Canada — the Americans’ game late Wednesday night against Honduras at the spartan Estadio Olímpico Metropolitano represented a final chance to salvage the week. A loss would have sent the team home in the beginnings of a tailspin. A draw would have prolonged the slow boil of anxiety.

Instead, they strode off 4-1 winners, a result — delivered by four second-half goals after an abysmal, disjointed first half that felt like the nadir of an awful week — that will provide a kernel of positivity to cultivate in the weeks to come.

The most valuable thing the players and their coaches will bring home, then, could be the lessons learned: about the perils of trusting too much in past results; about the precarity of the challenge that remains ahead; and about the fragility of a team’s best-laid plans and ambitions.

“It’s a different animal than we’re used to,” Coach Gregg Berhalter said after the game, referring to the qualifying tournament. “So I think that this whole window was great for this group. We really needed that in terms of the eye-opening of what this experience actually is.”

The fear was that they were tiptoeing onto the same path an earlier version of the team traveled three years ago, when the United States fell one point short of qualifying for the 2018 World Cup in Russia, ending a streak of seven straight appearances at the world’s most-watched sporting event. On some level, it seemed irrational: Even with the disappointing results from the first two games, the United States is heavily favored to qualify, perhaps more so after a win that will buoy their mood, and their hopes. But the bad memories of the last cycle remain raw in many people’s minds.

“I can see it being, you know, just memories of the past, memories of the last qualifying round coming back,” Berhalter, who was hired after the 2018 World Cup, said of those concerns on Tuesday night. “And people say, ‘Oh, we’re in the same situation.’ I can understand that completely. What I’d say is this is a different group, and we’re focused on winning games, and we’re focused on getting points.”

Such talk had not been convincing before Wednesday’s resounding win.

Few would go as far as to call the Americans hubristic: The notion of this regional qualifying tournament as a gnarly obstacle course, with challenging factors unique in world soccer, has long been ingrained in the psyche of the team and its fans, and the players over the past week have spoken of the process with all due respect. They know, too, that it will continue with three more qualifiers in October, and two more a month after that.

But the lofty standards imposed on the squad, the high expectation and calls for perfection, are in many ways of the teams’ own making.

Berhalter said earlier this week that the tournament’s 14 games should be regarded by his players as “14 finals” — effectively labeling the entire slate of games as must-win contests.

And Weston McKennie said last week the United States needed to assert its position as the best team in the confederation. “The only way to do that is to dominate it,” he said two days before taking the field for the first World Cup qualifier of his career. “And to dominate, you’ve got to win your games.”

These things, for a variety of reasons, did not come true against El Salvador and Canada. And for a half against Honduras, it did not seem as if they ever would. But then the halftime substitute Antonee Robinson pulled his team even three minutes into the second half, and the U.S. started to turn the tide. Ricardo Pepi, an 18-year-old striker from Texas, gave the Americans the lead in the 75th minute, and then set up midfielder Brenden Aaronson, another substitute, for an insurance goal in the 86th.

Sebastian Lletget’s finish off a rebound three minutes into injury time closed the scoring, and, at last, restored the team’s smiles.

Wins have a way of quieting, if not totally erasing, questions and distractions swirling around a group.

On Sunday afternoon, for instance, McKennie was suspended for violating team rules and had to miss the team’s final two games of the week. McKennie said on Instagram before the game against Canada that he had broken Covid protocols.

Berhalter said the disciplinary move was for the team’s long-term health. In the short term, it hurt. The suspension deprived the team of one of its best players, and McKennie’s teammates spent the ensuing days awkwardly answering questions about his conduct. World Cup qualifying runs through March, and Berhalter suggested that McKennie, who plays for the Italian powerhouse Juventus, would be back in the picture soon enough.

“It’s an open-door policy,” he said. “There will very rarely be a situation where a player would never be allowed back into national team camp. That’s not how we operate.”

Yet McKennie’s lapse was only the most high profile of the personnel headaches that have befallen the team since even before it gathered late last month.

These issues made for a particularly complicated situation during a cramped window of games in which Berhalter had made no secret of his plans to rotate his lineup. But they also were just a taste of the ways things can spiral in the unforgiving landscape of World Cup qualifying.

The next games will arrive fast: Jamaica, Panama and Costa Rica next month, then Mexico and a trip to Jamaica about four weeks later.

Before then, the team has some growing up to do. Only six of the 26 players initially called into the squad had any experience in World Cup qualifying. Thirteen of them were 23 years old or younger at the start of training camp. Nine of the starters against El Salvador were appearing in their first World Cup qualifier. (That 10 members of the team are playing for clubs in the European Champions League this year reiterates the level of talent being unfulfilled thus far.)

One problem that needed solving as they took the field Wednesday night was finding some scoring: Heading into the Honduras game, the United States had not produced more than one goal in any of its previous six games.

They left the field after putting four past Honduras, letting them breathe a collective sigh of relief.

“It’s a massive experience that we needed, just to show that with all the adversity we’ve gone through, we’re ready to come back from it,” Robinson said. “Obviously there’s been disappointing times on this trip. But in the end, we’ve ended it on a real high, and now we can attack October with everything we’ve got.”

European Soccer Teams Get Clarity and a Warning 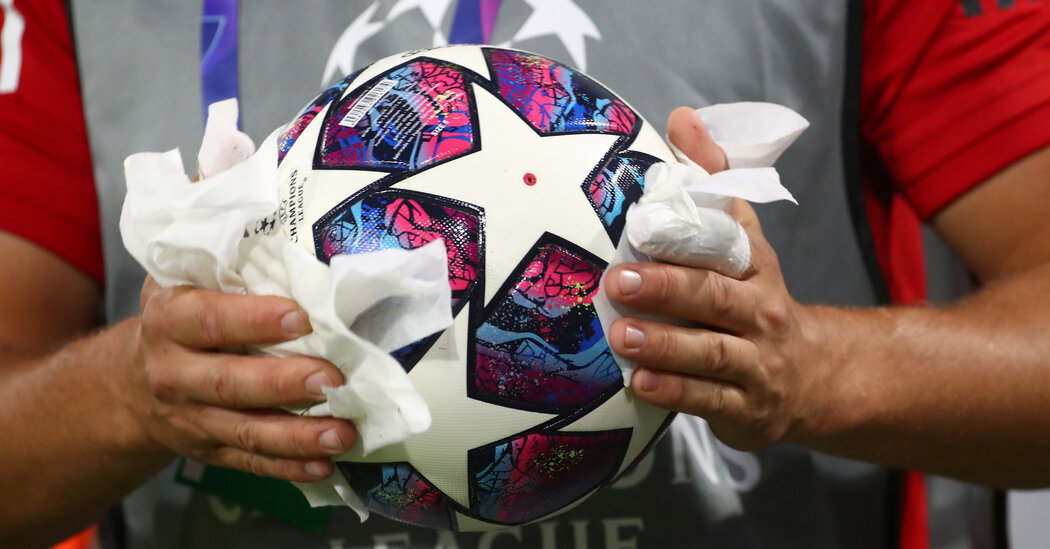 Welcome Back to the Champions League. Please Maintain Social Distance. 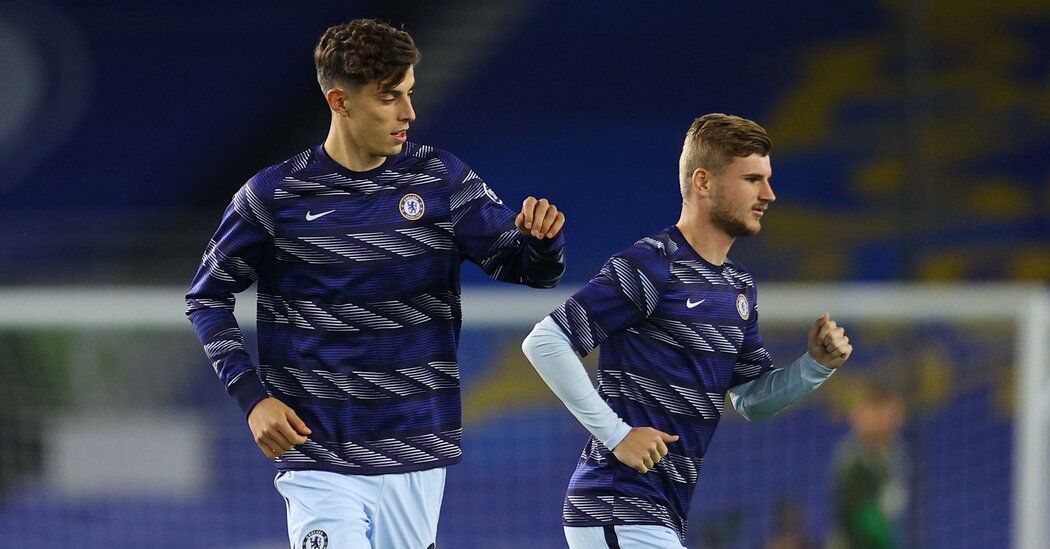