The Rangers great, whose death at the age of 80 was announced on Sunday, was more than a sensational player and a good guy, writes a former Times hockey reporter.

Rod Gilbert became the face of the Rangers when hockey was virtually a niche sport in New York. But the flashy right wing, whose death at the age of 80 was announced on Sunday, helped turn the club into an attraction that often rivaled their Madison Square Garden co-tenants, the Knicks, allowing the Rangers to join the Mets, Yankees, Jets and Giants as stars of the city’s sports scene.

He was a 19-year-old when he came to New York. Like every other Ranger — and nearly every player in the six-team league during the 1960-61 season — he was from Canada. And like most of the players, he had been brought up in the Canadian system, leaving home at a young age to play junior hockey, hoping it would be a steppingstone to the National Hockey League. Born and raised in Montreal, he played junior hockey in Guelph, Ontario. That system also made it desirable for young players to leave school to play. In fact, about three-quarters of the N.H.L.’s players of that era never graduated from high school.

“I didn’t speak English as a kid,” Gilbert told me. And yet, he became a New Yorker, going on to join a pantheon of players who transcended their teams: Joe Namath, Clyde Frazier, Tom Seaver.

Oh, Rod didn’t achieve stardom immediately. He played only two games his first two years in the N.H.L. He became a regular during the 1962-63 season and then generated 24 goals the year after that. A 20-goal scorer was a symbol of power in the 70-game season.

Fans loved Rod. He was quick; he had a dramatic slap shot that belied his 5-foot-9 frame. And he was clean. He didn’t get into fights; he didn’t jab his stick at an opponent. And he was a handsome kid as well, which enhanced his image at a time when players didn’t wear helmets.

The team he joined had not won the Stanley Cup since 1940. But just making the playoffs would have been good enough for Ranger fans, who saw their team as perennial also-rans. And then, in the late 1960s, Coach Emile Francis joined Gilbert with center Jean Ratelle and left wing Vic Hadfield. They clicked, the Rangers became a playoff team and the club’s public relations director, John Halligan, came up with a nickname for the high-scoring three — the GAG Line, or Goal-a-Game line.

They meshed so beautifully. Ratelle was the smooth-as-silk center, always aware of where his wingers were. Hadfield was also the scrapper, the protector of his linemates. And Gilbert had a quick snap shot, flicking his wrists and getting off a screamer.

Gilbert made the all-star game. He reached 30 goals, then 40. Francis, the team’s general manager, also coached, firing some of the head coaches he had hired when the team wasn’t doing well. Francis was a remarkable martinet, acting as the club’s traveling secretary and business manager. He believed in keeping a tight rein on his players.

He decreed that they should all live away from the Big Apple and its distractions. So in the 1960s he worked with executives of Long Beach, the Long Island town, to find housing for his players. “I can keep an eye on them,” he explained.

It struck me as sort of funny — I was born in Brooklyn — when one of the Rangers, Bob Nevin, who had been with Toronto, told me, “When I was traded to the Rangers, I thought it was the worst thing that ever happened to me.” In fact, many of the players never quite got into playing in the “States.” When they played in Boston Garden, they said they were going to “the Gardens,” a nod to Maple Leaf Gardens in Toronto.

Long Beach was a place that many of the players could relate to, though. It was a town of about 60,000 in the winter, or hockey season, that expanded to 200,000 in the summer. Francis told the players to bring their wives and children from Canada to start school in the fall in Long Beach, although some players were reluctant — their families remained in Canada. But those who came, when the season ended in early spring and after the school year closed, would go back. Very few of them made New York their year-round home. Gilbert, however, became a Manhattanite and a part of the cityscape.

The team practiced on Long Island as well, at a site called Skateland in New Hyde Park.

But Gilbert loved the city. And although Francis wasn’t happy, Rod found himself an apartment on the East Side. He hung out with some of the other major athletes and could often be found playing bocce in the backyard of an Upper East Side restaurant.

As The Times’s hockey writer, I knew he would always be available for an honest quote, win or lose. And the Rangers had become winners. At one point in his career, they made the playoffs nine straight seasons. He reached a peak of 43 goals in the 1971-72 season.

That was a remarkable accomplishment considering that he had overcome two spinal injuries requiring surgery years earlier. In 1976, he was honored with the Bill Masterton trophy, given to a player who has shown perseverance in the face of hardship.

Of course, there were so many other honors. After his 18th season with the team, he left as the club’s career leader in goals (406) and total points (1,021). He became the team representative at functions. And, finally, in 1982 he was elected to the Hockey Hall of Fame. His No. 7 hangs from the Garden rafters.

But to me, Rod was more than just a sensational player and a good guy. He was someone who came over to me on a train ride to Chicago and said: “You know, I’ve been reading you. You’re getting to know hockey.” He was a player, and a man, who seemed to make those around him better, but never putting on airs.

The Rangers never won a Stanley Cup during his tenure. I often thought that if Francis had allowed Gilbert to break free — not to play the kind of team-oriented hockey he had so successfully during the regular season — the club might have captured a cup or two. But Francis believed insistently that no one should break free of the team ethic, that everything had to mesh. Sometimes, though, in the clutch, someone has to take charge. I believe Rod could have been that guy, if permitted.

Still, for hockey fans, Rod Gilbert — or “Roger Bear,” as a young fan once addressed him in a letter — helped bring the game to a city that came to embrace a sport that once seemed so alien. But everyone warmed to Rod. He embraced the Big Apple. Not bad for a kid who didn’t know a word of English. 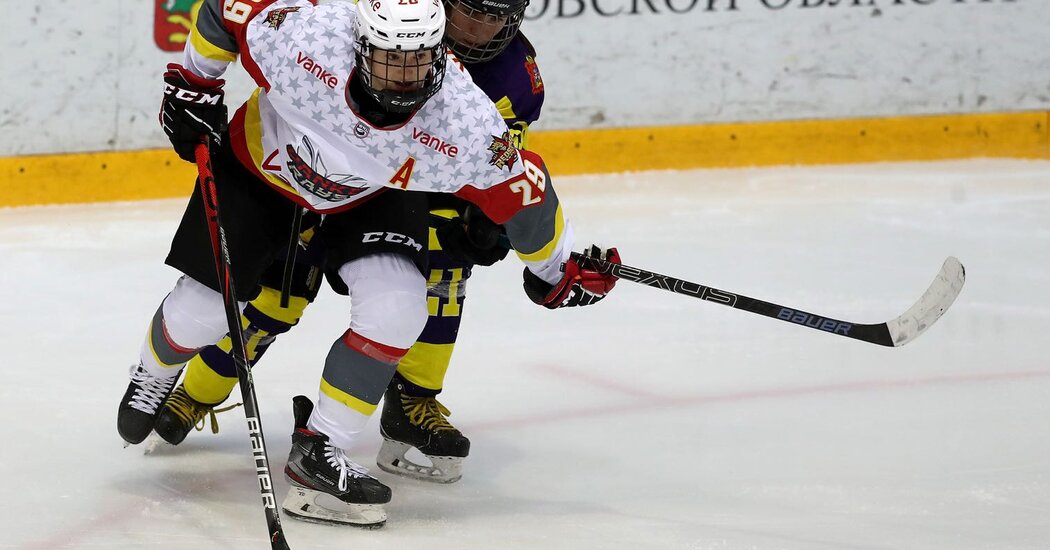 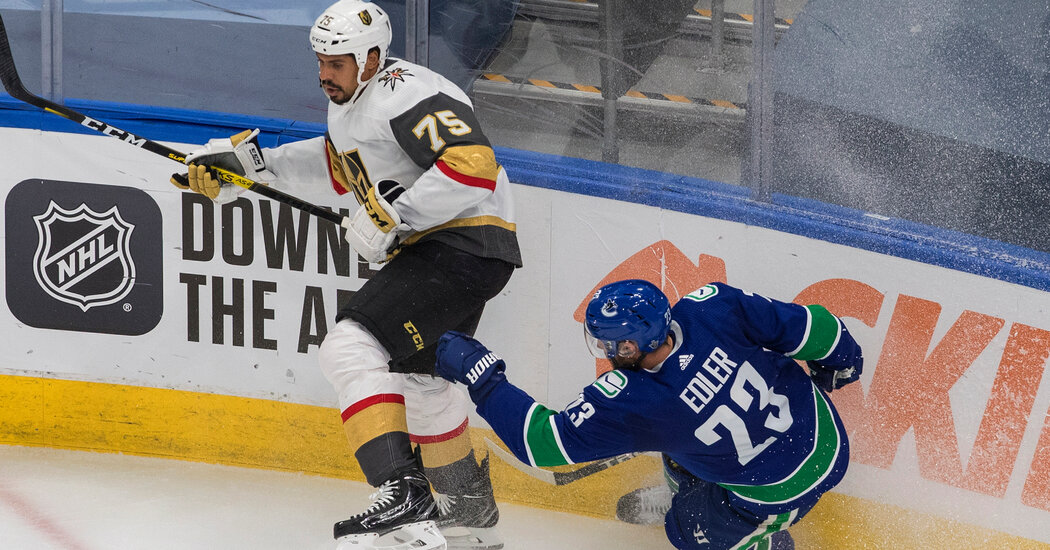 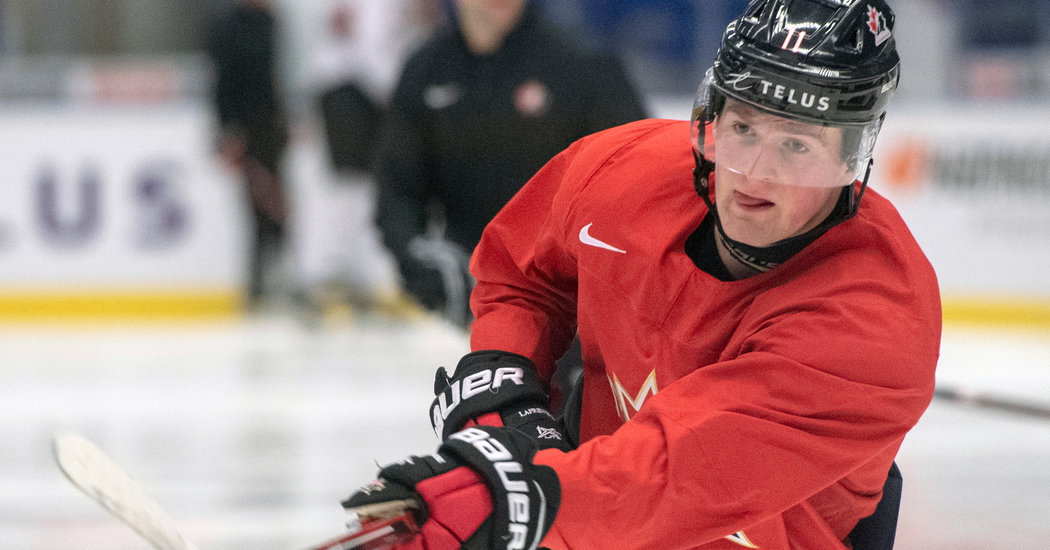 The First Pick in the N.H.L. Draft Goes to … TBD