This verbatim hockey drama considers issues of masculinity and the peculiar ownership that fans feel toward a team and its players.

The 2017 season didn’t start too badly. The New York Islanders, a National Hockey League team with a new coach and a newish berth at the Barclays Center in Brooklyn, might have allowed a few too many shots on goal, but they still won most of their games. A couple of months later, in December, it all began to go wrong. Then it went more wrong. The defense fell apart. The team missed the playoffs. John Tavares, the Islanders’ captain and star player, departed for the Toronto Maple Leafs. Fans revolted.

The director Katie Brook and the playwright Liza Birkenmeier, hockey fans both, have scraped some of that bad ice into “Islander,” a verbatim piece at HERE. Presented by Tele-Violet and supported by New Georges, the play borrows commentary from the season and puts it in the mouth of a bearded, sweatpants-clad, aggressively average dude called Man (David Gould). (The sources aren’t listed, but Man’s language suggests live broadcast commentary, postgame interviews and fan forums.)

Brook and Birkenmeier (“Dr. Ride’s American Beach House”) are interested in questions of identity, identification and form. They have structured “Islander” a little like a game. It begins with the national anthem and pauses for a halftime dance break. A bare stage, carpeted in rubber tiles, stands in for the rink. (The set and lighting design are by Josh Smith.) But there’s just one player — and then toward the end, a second (Dick Toth) and a third (Aksel Latham-Mitchell, a child actor who also provides a drum solo). If you’re looking for the nail-biting narrative propulsion of a proper game, look elsewhere. A buzzer beater, “Islander” is not.

It does, though, probe some fascinating ideas, like the peculiar ownership that fans feel toward a team and its players — a level of mimetic engagement that theater rarely achieves, Broadway musicals excepted. No man is an island, but a lot of men, recliner-bound and alone with their Wi-Fi, seem to consider themselves Islanders. And fan forums and postgame debriefs provide the rare spaces in American life where men are actively encouraged to talk about their feelings. In these homosocial arenas, they confess their self-doubt, their disappointment and their feelings of low self-worth.

“I’m very arrogant,” Man says. “I’m very lost within myself. I’m as sick of me as you are.” (Less helpfully, these are also spaces for some men to justify their mediocrity.) But the script — a latticework of unconnected observations — has a way of flattening out these ideas, compressing them like the air mattress that Latham-Mitchell’s John Tavares cheerfully deflates.

“Islander” isn’t long, just 75 minutes, about the same as a hockey game. But since it offers so little in the way of plot or character, it feels longer. The language of commentary isn’t particularly interesting, though there are blazes of figuration (“He makes them as uncomfortable as a beached whale”), a few snappy neologisms (“Sneakery: Is that a word?”) and the occasional metaphor melee.

While Gould is a charmer — precise, inexhaustible, brave enough to dance with his shirt off — there is only so much an actor can do when stringing together disjointed fan forum posts and meditations that only an extremely concussed Marcus Aurelius might write: “Good is the enemy of great. No more good; it’s time to be great.”

Maybe “Islander,” like many N.H.L. games, is better experienced via a highlights reel. 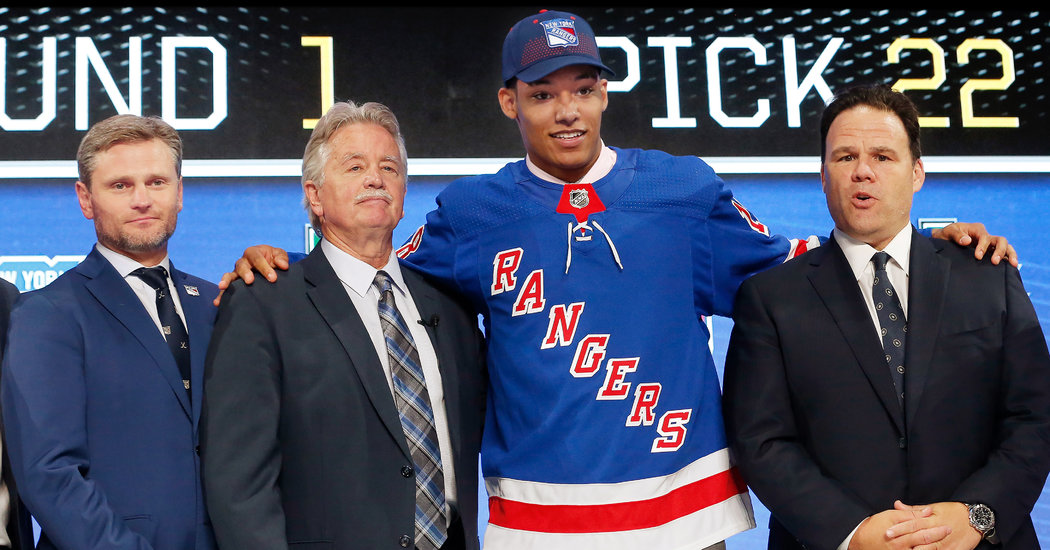 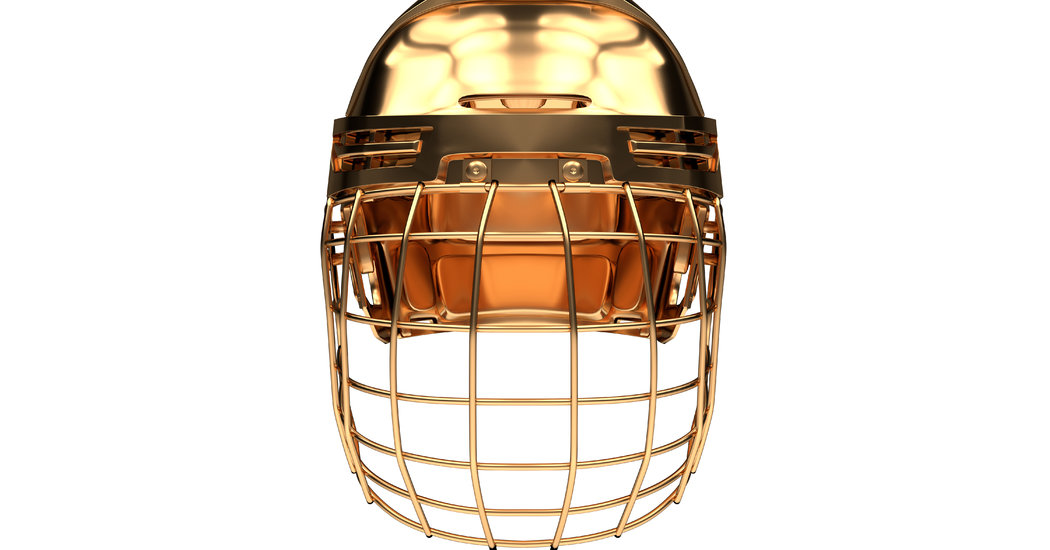 In Canada, the Cost of Youth Hockey Benches the Next Generation