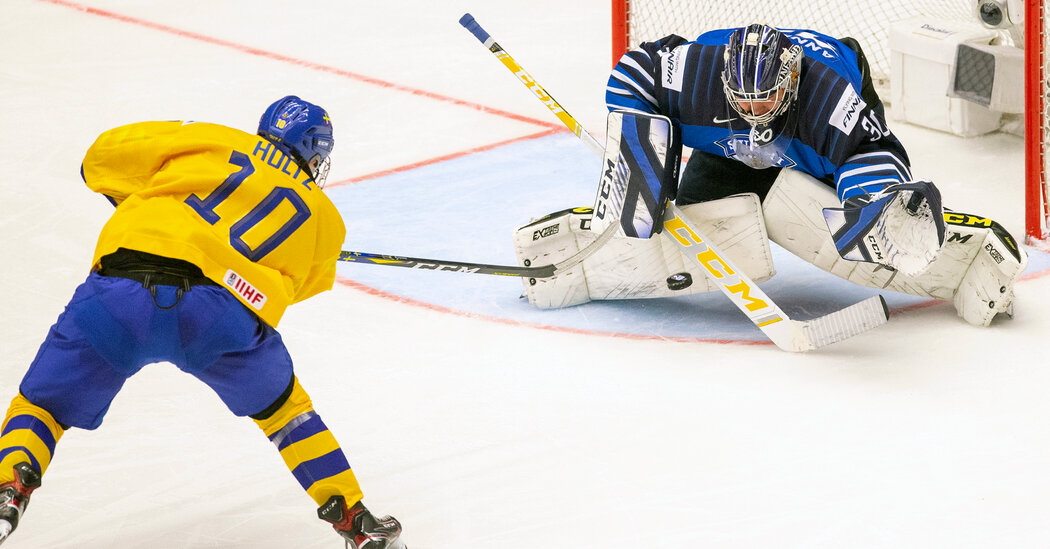 While this year’s N.H.L. draft was virtual, it may have produced some very real talent for the three franchises in the New York metropolitan area.

The Rangers selected the consensus top prospect, Alexis Lafreniere, first over all and made another first-round pick after they traded up three slots. The Devils had three first-round selections, including the No. 7 pick, the Swedish wing Alexander Holtz. The Devils did not qualify for the postseason, and the Rangers were the first team eliminated.

The Islanders, who reached the conference finals, were without a pick in the first two rounds.

The draft was originally scheduled for June in Montreal, which would have been fitting as Lafreniere became the first Quebecois player selected No. 1 since Pittsburgh took goalie Marc-Andre Fleury in 2003. But the coronavirus pandemic forced suspension of play in March, delaying the playoffs until the summer and necessitating a virtual draft as fans also saw in the N.F.L., W.N.B.A. and Major League Baseball.

Despite the deferral, the first pick was a dream realized for Lafreniere and the Rangers. The Rangers, who had not selected first since the expansion era began in 1967, added a polished prospect with the skill and poise to compete at the top level immediately.

“For us to have one of those once-in-a-lifetime types of picks, it’s almost dramatic,” John Davidson, the Rangers’ president, said.

He added: “When he put that jersey on, it just looked like it fit him; it was perfect. He’s a pro already in a lot of ways.”

In the four drafts from 2013 to 2016, the Rangers did not have a first-round pick. Since then, they have averaged two first-round selections over the past four drafts. Last year, they selected wing Kaapo Kakko second over all.

Draft standing, however, hasn’t always translated to success, as evidenced by the Rangers’ decision to cut ties with center Lias Andersson, the No. 7 pick in 2017. He spent three tumultuous and unproductive seasons in the Rangers’ organization and is currently playing in Sweden. The team traded Andersson to the Los Angeles Kings for the 60th pick in this year’s draft.

They used it to select Will Cuylle, a wing with imposing size and a quick release on his shot. The Rangers also moved up to No. 19 from No. 22 to add the right-shot defenseman Braden Schneider, who has the mobility and sound breakout passing ability of a modern blue-liner but the ruggedness and mean streak of a throwback.

Tarnstrom’s father, Dick, was a defenseman for four N.H.L. teams, including the Islanders. Berard is a speedy, skilled but undersized forward. At 6 feet 7 inches, Ollas stands eye to eye with Dallas’s Ben Bishop, the tallest goalie in N.H.L. history. Rempe is an inch taller, which would make him the tallest center in league history should he reach the top level.

The Islanders made their first selection in the third round, drafting Alexander Ljungkrantz, a wing who plays a game grounded in energy and effort.

They also added Merrimack College’s Alex Jeffries, a wing with a complete offensive game; William Dufour, a wing with a deceptive shooting motion; Matias Rajaniemi, a 6-4 Finnish defenseman with offensive upside; and Henrik Tikkanen, a 6-8 Finnish goalie with a limited body of work.

“We got three forwards, all scoring individuals, and a defenseman that has a high upside,” Lou Lamoriello, the Islanders’ general manager, said.

The Devils were one of two teams in the first round with three selections. They have invested two No. 1 overall picks in centers, Jack Hughes last year and Nico Hischier in 2017. They now seek to complement those players with finishers on the wing, one of which they hope is Holtz.

While he may not have blinding speed, Holtz’s hands are more than capable of freeing him to unleash a shot that was considered by some scouts as the best among draft-eligible players.

“I’m a goal scorer; I love scoring goals,” Holtz said, adding that he looked forward to developing chemistry with the Devils’ creative centers.

Holtz will probably spend at least one more year with his club team in Sweden — he currently is on its top line and top power-play unit — as Devils General Manager Tom Fitzgerald said none of his three first-rounders were expected to be in training camp with the team.

The other two were center Dawson Mercer at No. 18 and defenseman Shakir Mukhamadullin at No. 20. Mukhamadullin, 6-4 and 185 pounds, with strong mobility and a booming shot, rose up the board on draft night, as few projections had him going in the first round.

Mercer has patterned his game after Boston Bruins center Patrice Bergeron, and the similarities have shown at the junior level. Mercer was a leader offensively for his junior team, but thrived in a defensive role for Canada’s junior national team. He has also developed a variety of fakes and misdirection moves.

“Details are a big thing, not just in hockey but in life in general,” Mercer said. “It could be in the gym working out or in the classroom. All the little details add up to pretty big results in the end.”

Fitzgerald, who presided over his first draft as the Devils’ general manager, said that he was confident in his picks but that he explored other options — moving up, dropping back and exploring trades for roster players. Ultimately teams showed limited interest, which Fitzgerald attributed to the myriad uncertainties surrounding next season and its revenue as the N.H.L. faces a potential campaign with no or limited in-person attendance.

On Thursday, the Devils made a move by placing the veteran goalie Cory Schneider on waivers for the purposes of a buyout. Schneider had two years remaining on his contract at an average annual value of $6 million. Schneider had hip surgery two seasons ago and had struggled since, though Fitzgerald said Wednesday that he felt positive about how the long off-season would benefit Schneider.

The nebulousness of next season could also influence activity after the draft, with free agency set to start at noon on Friday. The Devils and the Rangers both have well over $20 million in salary cap space. The Islanders have less than $10 million and two key players who are restricted free agents — center Mathew Barzal and defenseman Ryan Pulock.

But all three teams’ ability to make moves, whether to add talent or create cap flexibility, could be affected by a volatile market.

Two people familiar with ongoing contract talks who were given anonymity to discuss active negotiations said there were conditions that could make for a robust trade market: intense trade chatter between general managers, the potential availability of heretofore untouchable players and creative negotiations involving varying goals and multiple teams.

However, constraints imposed by cautious owners, a flat salary cap and the expansion draft looming after this coming season — the Seattle Kraken will become the N.H.L.’s 32nd franchise in 2021-22 — have combined to temper trade activity.

“The problem is no one knows what’s going to happen next year,” the player agent Allan Walsh said. “Teams are reluctant to take on any money. Players coming with term impact expansion strategy in a year. In situations like these, many N.H.L. teams default to being conservative.” 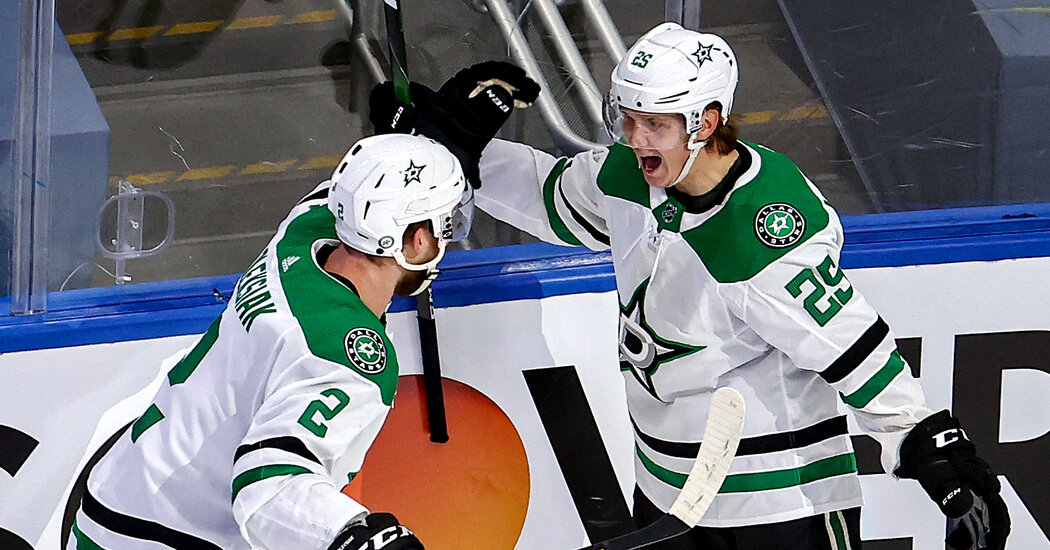 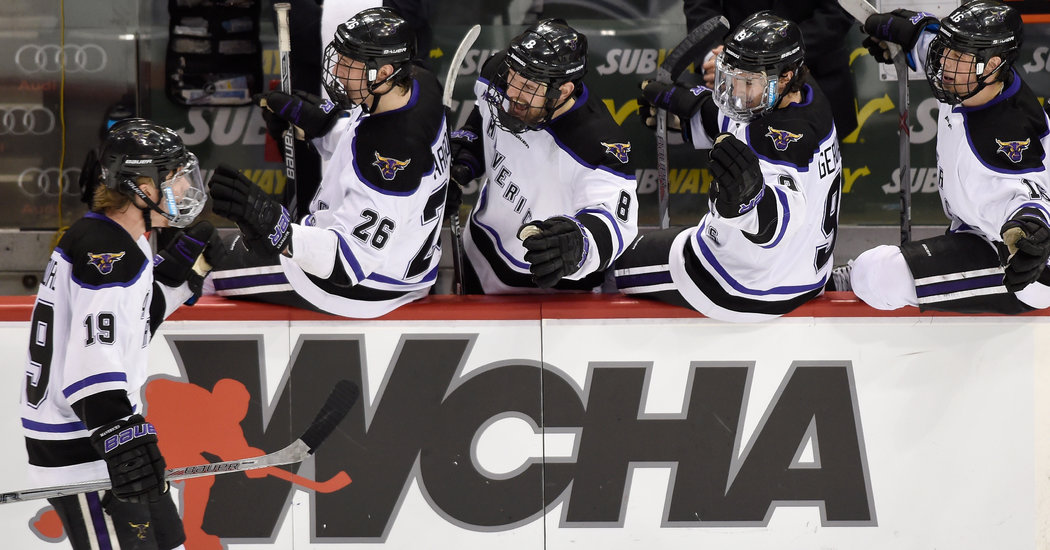 How Many Hockey Teams Does it Take to Make a Conference? 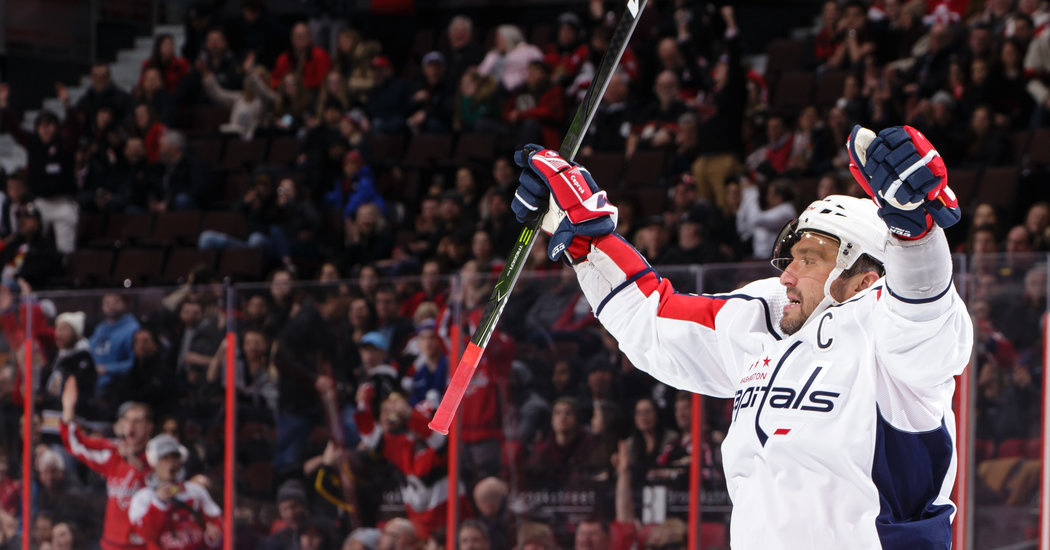