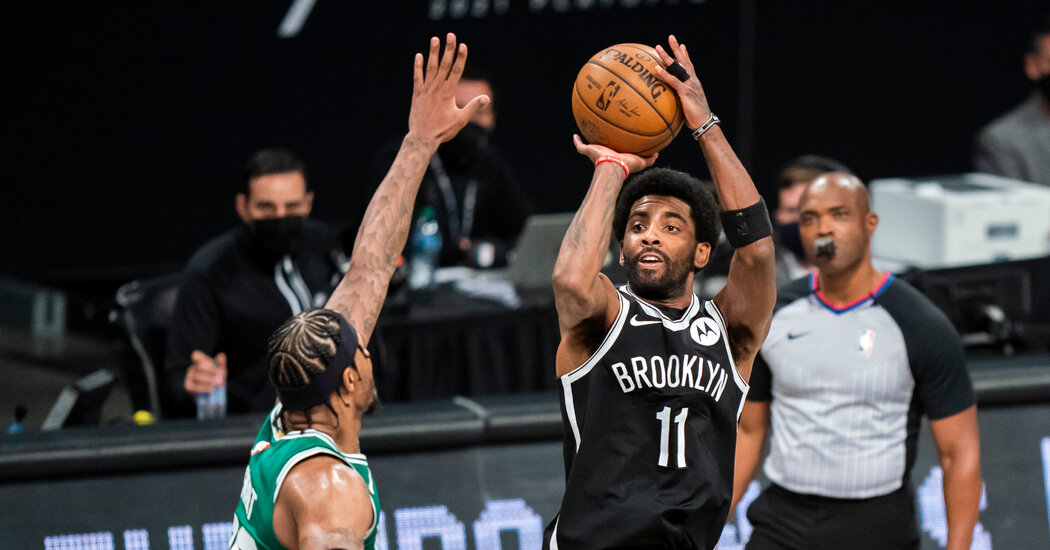 More than 90 percent of players have received at least one dose of the vaccine, but some, like Nets guard Kyrie Irving, won’t say if they have been or plan to be vaccinated.

More than 90 percent of N.B.A. players have been vaccinated against Covid-19, according to the league, and all referees and key team personnel without exemptions will be, too, by the season’s start in three weeks. But a few high-profile players, including the Nets star guard Kyrie Irving, have expressed skepticism about vaccines or been evasive about their vaccination status.

Because the Nets are projected to be a top championship contender, and the team is one of just three whose players must be vaccinated to play in their home arenas, Irving’s vaccination status could be as much of a factor in the N.B.A. rankings as his team’s play.

“I would like to keep all that private,” Irving told reporters on Monday in response to a question about whether he expected to play home games this season. “Please just respect my privacy. All the questions leading into what’s happening, just please. Everything will be released at a due date once we get this cleared up.”

While the Nets held their media day at Barclays Center on Monday, Irving answered questions from reporters by video conference instead of in person. Multiple reports said that Irving was not present because of the league’s health protocols. In Rolling Stone magazine over the weekend, Irving’s aunt Tyki Irving was quoted as saying that Irving was unvaccinated for reasons “not religious-based, it’s moral-based.” It’s not clear when the interview took place.

Since Sept. 13, Barclays Center and Madison Square Garden, where the Knicks play, have required all employees and guests ages 12 and up without a religious or medical exemption to show proof of having received at least one vaccine dose, to comply with a mandate from Mayor Bill de Blasio regarding sports arenas.

A similar requirement in San Francisco applies to Chase Center, where the Golden State Warriors play. These mandates mean that the players from the Knicks, Nets and Golden State cannot play in their teams’ 41 home games without being vaccinated, which the N.B.A. and the New York arenas are defining as having received at least one dose. At Chase Center, players must be fully vaccinated. The N.B.A. has said that teams do not have to pay players for missing those games because they are not vaccinated. For Irving, who is in the third year of a four-year, $136 million contract, that could mean a substantial loss.

The N.B.A. players’ union has not agreed to a vaccine mandate for its members, but the referees’ union did agree to one. All league and team personnel who come within 15 feet of players must be fully vaccinated unless they have religious or medical exemptions. In the W.N.B.A., 99 percent of players were fully vaccinated by June. The women’s league does not have a vaccination mandate.

At least one N.B.A. player has tried to obtain a religious exemption to forgo the vaccine: Golden State guard Andrew Wiggins. The league said Friday that it had rejected his request. Like Irving, Wiggins would not discuss his vaccination status on Monday, during Golden State’s media day.

“Who are you guys where I have to explain what I believe?” Wiggins said. “Or what’s right or what’s wrong in my mind?”

In Washington at the Wizards’ media day, however, guard Bradley Beal explained why he is unvaccinated. The three-time All-Star missed the Tokyo Olympics after testing positive for the coronavirus. Beal told reporters of the experience: “I didn’t get sick at all. I lost my smell, but that was it for me. Everybody is going to react differently.

“Some people have bad reactions to the vaccine. Nobody likes to talk about that. What happens if one of our players gets the vaccine and can’t play after that? Or they have complications after that? Because there are cases like that.”

There are no publicly known cases of professional basketball players missing time because of side effects related to the vaccine, and severe side effects are rare for anyone. However, some athletes have spoken about lingering respiratory and muscle issues after having Covid-19. The N.B.A. and the players’ union reported more than 75 positive coronavirus tests among players during the 2020-21 season, most of them before vaccines were widely available.

Another vocal vaccine skeptic is the Orlando Magic’s Jonathan Isaac, a 23-year-old forward, who told Rolling Stone he was unvaccinated, and confirmed it on Monday to reporters.

“At the end of the day, it’s people,” Isaac told the magazine, referring to the scientists who developed the vaccines. “And you can’t always put your trust completely in people.”

According to Rolling Stone, Isaac was “studying Black history and watching Donald Trump’s press conferences” to inform his vaccine stance. (Former President Donald J. Trump was vaccinated in January, but states that he won in the 2020 election have much lower vaccination rates than those that favored President Biden.)

On Monday, Isaac disputed the magazine’s characterization of him.

“I’m not anti-vax. I’m not anti-medicine. I’m not anti-science. I didn’t come to my current vaccination status by studying Black history or watching Donald Trump press conferences,” Isaac said. “I have nothing but the utmost respect for every health care worker and person in Orlando and all across the world that have worked tirelessly to keep us safe.”

Phoenix Suns guard Devin Booker, who helped lead his team to the finals last season, announced on a Twitch livestream over the weekend that he had Covid-19 and had lost his senses of taste and smell. He is expected to miss at least part of training camp, which begins this week, as a result.

“I’m not going to tell you guys if I have the vaccine or not, but you can still get Covid with the vaccine,” Booker said on the stream, adding, “Educate yourself.”

Several players have participated in campaigns encouraging people to get vaccinated, including Jrue Holiday of the Milwaukee Bucks and Karl-Anthony Towns of the Minnesota Timberwolves, whose mother died of Covid-19. Commissioner Adam Silver said in the spring that he expected most players to get vaccinated.

Several of Irving’s teammates said on Monday that they were not worried about his vaccination status.

“That’s on Kyrie, and that’s his personal decision,” Nets forward Kevin Durant said. “What he does is not on us to speculate what may be happening, but we trust in Kyrie. I expect us to have our whole team at some point.” 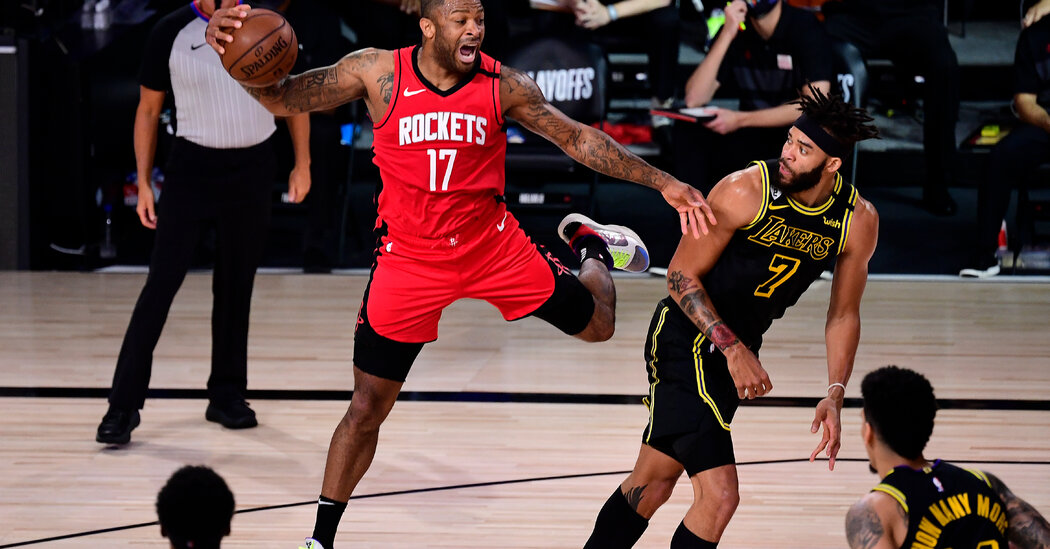 Rockets’ ‘Microball’ Puts P.J. Tucker at the Center of Chaos 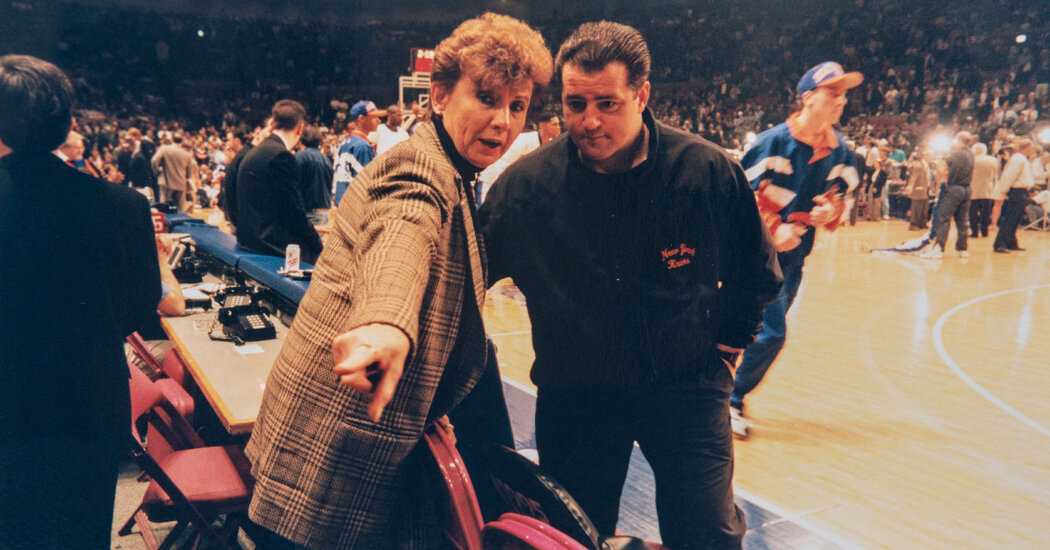 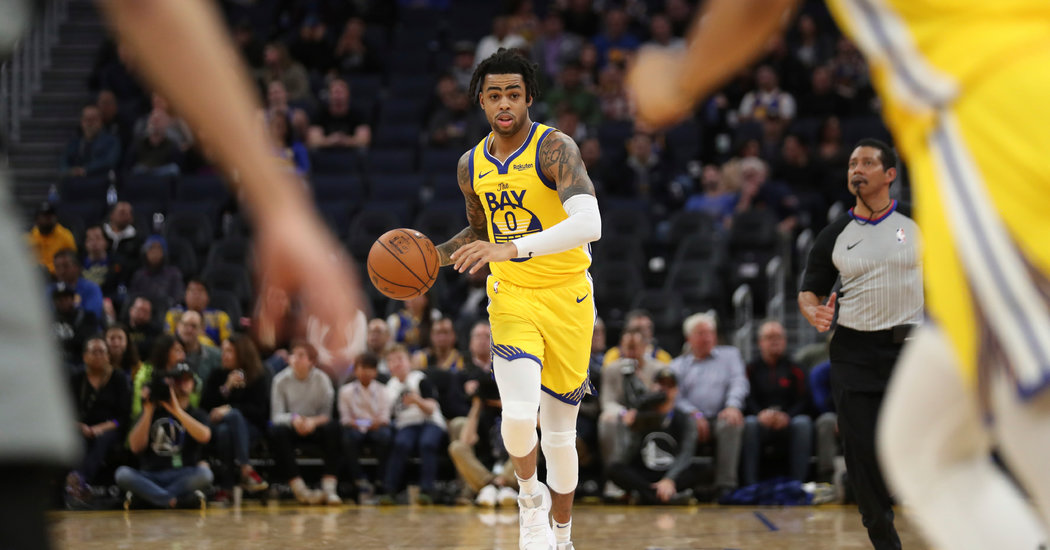 Top 5 N.B.A. Trades at the Deadline