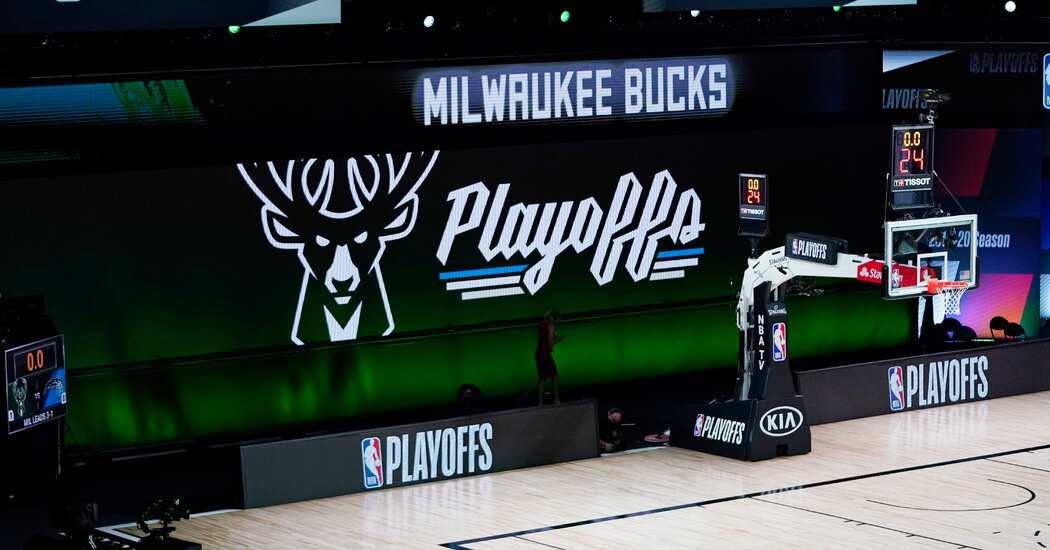 LAKE BUENA VISTA, Fla. — Athletes from the N.B.A., W.N.B.A., Major League Baseball and Major League Soccer took their boldest stand yet against systemic racism and police brutality, boycotting games on Wednesday in response to the police shooting of a Black man in Kenosha, Wis. The moves dramatically escalated a season of athletes demonstrating for social justice as some expressed doubts about continuing to play amid widespread social unrest.

The wave of boycotts and postponements was sparked by Milwaukee Bucks players’ responding to the shooting of Jacob Blake by refusing to come out of their locker room on Wednesday afternoon for a playoff game against the Orlando Magic. Two more N.B.A. playoff games scheduled for Wednesday night were quickly postponed, inspiring players in other leagues to follow the Bucks’ lead and causing numerous professional basketball, baseball and soccer games to be called off because athletes would not participate.

Players from the N.B.A. and the W.N.B.A. have long been at the forefront of protests against racism and police brutality — efforts that have broadened in recent months after the police killings of George Floyd, a Black man in Minnesota, and Breonna Taylor, a Black woman in Kentucky, and as the leagues took an extended hiatus because of the coronavirus pandemic.

Then on Sunday, the police in Kenosha, Wis., shot Blake, 29, in the back several times as he tried to get into his vehicle.

The shooting prompted numerous N.B.A. players and coaches to express frustration and anger that the various measures they have been taking for weeks to support the Black Lives Matter movement, such as kneeling during the national anthem and wearing jerseys bearing social justice messages, were having little impact. Some also began to question, as the Nets’ star guard Kyrie Irving did in June before the 2019-20 season resumed, whether providing entertainment through basketball was actually diverting public attention away from the broader social justice movement.

Fueled by that frustration, Milwaukee’s players stunned league officials by organizing Wednesday’s boycott, a walkout that had virtually no precedent in N.B.A. history.

Milwaukee’s George Hill gave a glimpse of the Bucks’ mind-set on Monday when he openly questioned whether the league’s return had successfully amplified the players’ messaging.

“We shouldn’t have even come to this damn place to be honest,” Hill said. “I think coming here just took all the focal points off what the issues are.”

On Wednesday night, more than three hours after Milwaukee’s game against Orlando had been scheduled to start, Hill and his teammate Sterling Brown, read a team statement.

“We are calling for justice for Jacob Blake and demand the officers be held accountable,” Hill said. “For this to occur, it’s imperative for the Wisconsin state Legislature to reconvene after months of inaction and take up meaningful measures to address issues of police accountability, brutality and criminal justice reform.”

A joint statement issued by the Bucks’ three main owners — Marc Lasry, Wes Edens and Jamie Dinan — expressed support for Milwaukee’s players. “We will continue to stand alongside them and demand accountability and change,” the team owners said.

A meeting Wednesday night was open to players and coaches from the 13 teams still at Walt Disney World to determine next steps — in essence to decide how soon, or even if, the N.B.A. playoffs should resume.

Players from the Boston Celtics and Toronto Raptors were already deep into discussions about boycotting the teams’ second-round series opener Thursday when the Bucks staged their boycott. A league spokesman, when asked about Thursday’s three scheduled games, said no determination had been made about the N.B.A.’s upcoming schedule.

Also Wednesday, players for the W.N.B.A.’s Washington Mystics arrived for their game against the Atlanta Dream on Wednesday night wearing T-shirts that spelled out Jacob Blake’s name and appeared to have holes in the back to signify bullet holes. Some W.N.B.A. players, including Renee Montgomery of the Atlanta Dream, had already opted out of their seasons specifically to work toward social justice causes.

In Major League Baseball, three games were called off because of the players: the Milwaukee Brewers hosting the Cincinnati Reds, the San Diego Padres playing the Seattle Mariners, and the San Francisco Giants-Los Angeles Dodgers game.

Five matches in Major League Soccer were postponed Wednesday after players objected to playing, while a sixth match — Nashville at Orlando in front of a reduced-capacity crowd — went ahead, a sign of how the situation was still evolving.

And several athletes opted individually to not play, including the tennis star Naomi Osaka, who said she would not play in a scheduled semifinal at the Western & Southern Open in New York, a tuneup for the United States Open that begins next week.

“Before I am an athlete, I am a Black woman,” Osaka said on Twitter. “And as a Black woman I feel as though there are much more important matters at hand that need immediate attention, rather than watching me play tennis.

The Brewers and Reds — in a league that has been typically slower than others to respond to social issues — chose not to play after meetings between players on both teams. The words “JUSTICE EQUALITY NOW” appeared on multiple scoreboards at Miller Park as some players spoke with one another on the field.

“Our community and our nation is in such pain, tonight we wanted 100 percent of the focus to be on issues that are much more important than baseball,” said Brewers reliever Brent Suter, the team’s representative for the players’ union.

In San Diego, Mariners players voted unanimously against playing and their Padres counterparts obliged. The Mariners have the most Black players of any team in M.L.B., a league that has seen the number of Black players dwindle to about 8 percent over the decades.

“For me, and many of my teammates, the injustices, violence, death and systemic racism is deeply personal,” said Mariners outfielder Dee Gordon, one of 10 Black players on the team’s opening day roster.

“Instead of watching us, we hope people will focus on the things more important than sports that are happening,” Gordon added in a post on Twitter.

The N.B.A. has been operating out of Walt Disney World near Orlando, Fla., since July 7, when 22 of the league’s 30 teams began residing in the league’s so-called bubble, designed to prevent the infiltration of the coronavirus. The league had suspended its season March 11 because of the pandemic.

Orlando’s players were already on the floor warming up for Wednesday’s scheduled 4 p.m. tipoff, but Bucks players refused to join them for Game 5 of the teams’ first-round playoff series. Orlando’s players ultimately decided to leave the floor with just under four minutes before the game once it became apparent that the game would not go ahead. The referees soon followed suit.

Many other players spoke out on social media as the boycotts began, including the Los Angeles Lakers superstar LeBron James.

“We demand change,” James said on Twitter, writing in all caps. “Sick of it.”

The Lakers Beat the Heat in Game 1 of the N.B.A. Finals 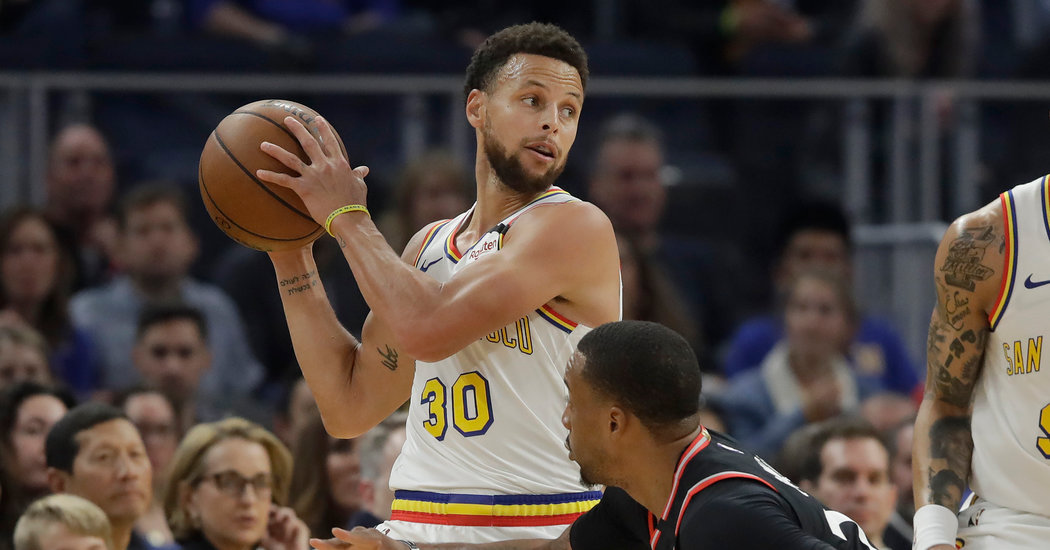 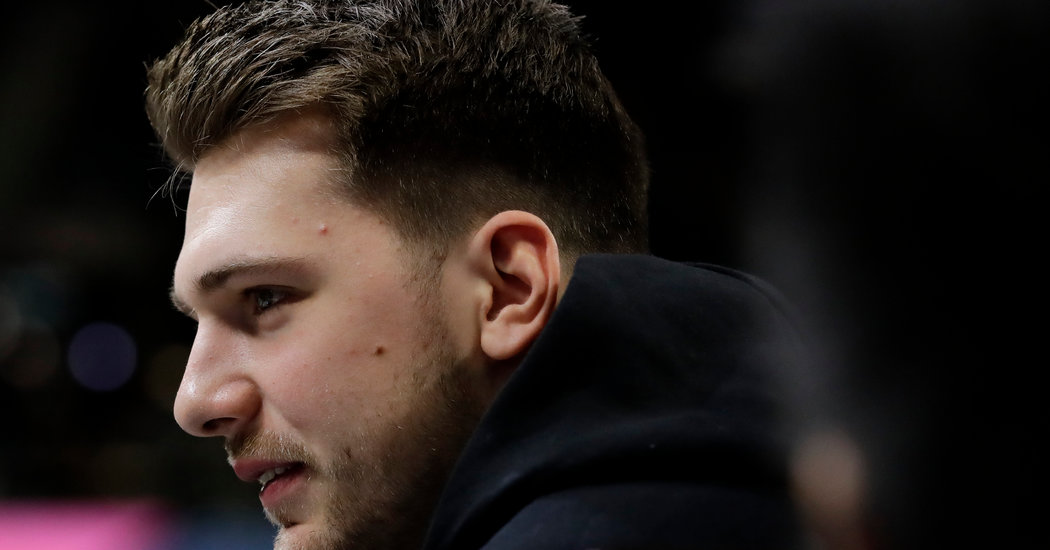 Luka Doncic Is Good, in Any Language