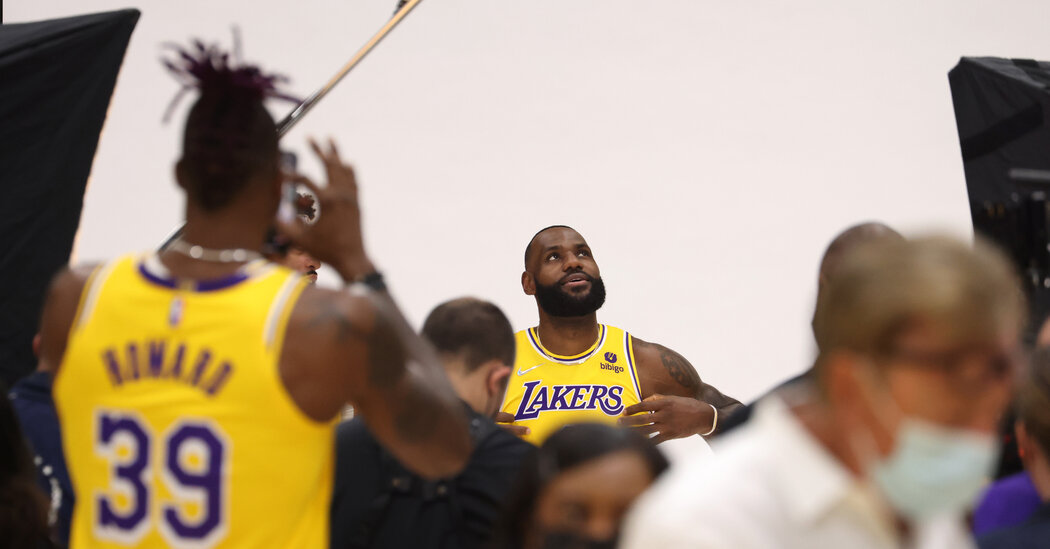 The Los Angeles Lakers have five players who are at least 35 years old, including the 36-year-old James. Older, wiser, championship?

LeBron James has seen the memes and read the punch lines.

“The narrative about our age,” he said, “I kind of laugh at it. I actually do really laugh. I’m not just saying that.”

The Los Angeles Lakers are old. They are the N.B.A.’s Traveling Wilburys, an aging rock star collective hoping to produce one more chart-topping album. Dwight Howard and DeAndre Jordan have more mileage between them than a 2003 Honda Civic. Carmelo Anthony, 37, recalled first getting to know James, 36, when they were high school standouts — way back in the previous millennium. At 32, Russell Westbrook is comparatively spry.

It all could make for an all-encompassing disaster. Or it could be an extraordinary success. But the Lakers will not be boring.

“I don’t think it’s going to be like peanut butter and jelly to start the season,” James told reporters on Tuesday ahead of training camp. “But that’s all part of the process.”

As change swirls around him, James remains the franchise’s central force. On the cusp of his 19th N.B.A. season and his fourth with the Lakers, he has had an eventful tenure in Los Angeles. Year 1: an injury-marred season for James that the Lakers punctuated with a losing record. Year 2: the death of Kobe Bryant, followed by a championship run in the league’s pandemic-era bubble. Year 3: more injuries and a first-round playoff exit.

Ahead of Year 4, James donned a hard hat as the Lakers underwent a hefty renovation. Only James, Anthony Davis and Talen Horton-Tucker remain from last season, though a couple of familiar faces — Howard and Rajon Rondo, both 35 — are back after helping the Lakers win a title two seasons ago.

“It was exciting helping put this team together this summer,” said James, who might as well have a front office role.

In his own small way, James reinvented himself, too, by slightly slimming down at this august stage of his career.

“He’s made the decision to come back a little bit leaner,” Rob Pelinka, the team’s general manager, said last week. “And I think that’s going to translate in his explosiveness and his quickness.”

Pelinka said he had outlined three objectives ahead of the draft and free agency: Add playmakers, find more shooting and, finally, shift back to employing two defensive-minded centers to both augment Davis’s presence in the post and remove some of the physical demands on him. Pelinka wound up raiding a warehouse of vintage All-Stars.

“A lot of times when you put a group of players together — a group of talent like we have — it doesn’t work out,” said Anthony, who spent last season with the Portland Trail Blazers. “But I think where we’re at in our careers and understanding what we have to do, understanding the sacrifices that we all have to make in order for us to work, that’s the beauty of the actual journey that we’re about to go on.”

Westbrook, a former winner of the N.B.A.’s Most Valuable Player Award, spent last season with the Washington Wizards before he was traded to the Lakers in August. Westbrook called it a “blessing” to be playing in Los Angeles, where he grew up. James said he and Westbrook had been “tied at the hip” since the summer.

“I think it’s because we both understand and know what it takes in order to win, and obviously LeBron knows what it takes to get to that next level,” Westbrook said.

“I know that I was very skeptical about it all,” James said. “But after doing my research and things of that nature, I felt like it was best suited for not only me but for my family and my friends, and that’s why I decided to do it.”

At the same time, James said he would not his use his public platform to urge others to be vaccinated.

“I don’t feel like for me personally that I should get involved in what other people should do for their bodies,” he said.

It was not a topic that James seemed to relish, though the spotlight will presumably settle on the Lakers’ wild on-court chemistry experiment soon enough. And there will be a feeling of urgency for everyone involved.

There is not much of a clear future for the Lakers, at least not in the painstaking let’s-make-sure-we-plan-beyond-this-season sense. In acquiring the likes of Davis in 2019 and Westbrook this year, the Lakers have traded away several promising players and an armada of first-round draft picks. The idea has been to win now, no matter the cost.

But the aging process is undefeated, and there are obvious concerns about the Lakers’ durability. James, so indestructible for much of his career, has been hampered by injuries in recent years, and Davis limped through the team’s abridged playoff appearance last season. For his part, Pelinka sought to downplay the suggestion that the Lakers were brittle by citing the example of Tom Brady, who, at 44, is still quarterbacking football teams to Super Bowls.

Amid the doubts and the questions about the Lakers, Anthony can make out a path that leads to a championship ring, which would be his first. There were moments in his career, he said, when he considered the possibility of teaming up with James, one of his closest friends. The opportunity never materialized. Perhaps neither player was ready for that to happen, Anthony said.

“But here we are now,” he said. “Timing is everything.” 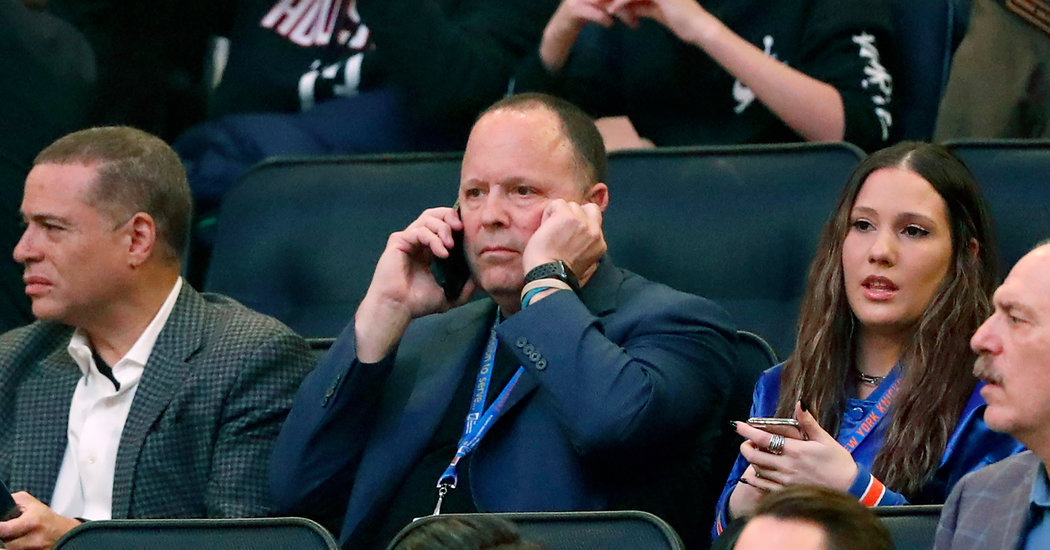 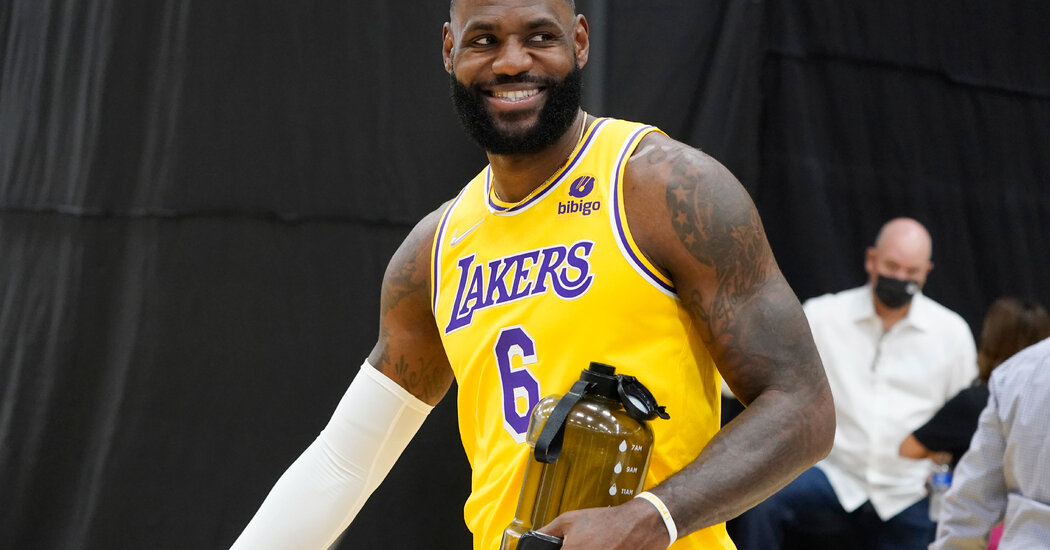 LeBron James Says He Was Vaccinated Against Covid 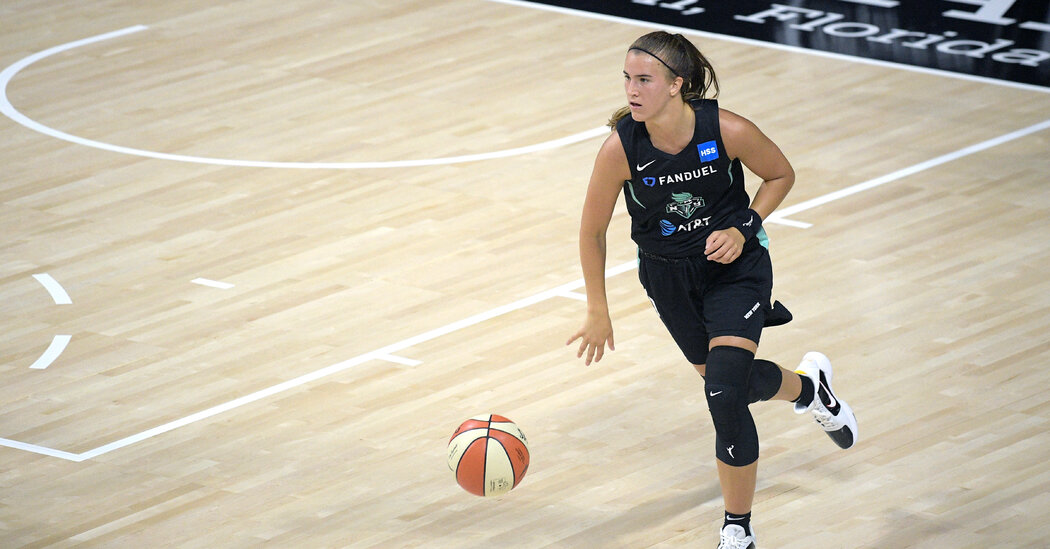